CPLE is led by a team of experts with practical healthcare industry experience partnering with physician leaders to design leadership programs and coaching for all levels of leaders along with a combined total of over 50 years of consulting experience in the areas of assessment center design, development, and organizational research.

CPLE assembled a consortium representing four large healthcare systems who provided input into the design and construction of the assessment role plays, and the development of the CPLE Physician Leader Competency Model that is the foundation of our system.  The flexibility designed into our tools was in response to our consortium members’ strong desire to customize these tools to support their organization’s culture and physician needs. 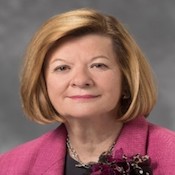 Kathy OswaldChief Executive Officer
Kathy is the Chief Executive Officer for the Center for Physician Leadership Excellence. In addition to Kathy’s role with CPLE, she also serves as Chief Administrative Officer of H2O Energy, a family owned business. Kathy has over 40 years’ experience in Human Resources, and her career spans a variety of industries including healthcare, manufacturing, global automotive, information technology staffing and services, and organizational consulting and she has worked in both for-profit and not-for profit sectors. Her most recent position was as the Senior Vice President and Chief Human Resources Officer at Henry Ford Health System. Kathy is also certified as an ACC Coach with the International Coaching Federation.

Kathy began her career as a secretary at the Chrysler Corporation in 1972. During her 28 years with Chrysler, she grew to become Chrysler’s top female executive before retiring in 2000. At the time of her retirement, Kathy was DaimlerChrysler’s Chief Administrative Officer responsible for Human Resources, Labor Relations, Community Relations, Public Relations and Communications.

Following her career at Chrysler, Kathy joined Right Management as President, Great Lakes Region. While at Right she was responsible for all operations of their offices in the Great Lakes region including Southfield, Grand Rapids, Kalamazoo and Toledo. Her key roles included leading their Organizational Consulting, Key Executive and Business Development activities, as well as growing their customer base. During her tenure at Right Great Lakes she led them to year-after-year records for growth and profit.

Kathy earned both her Bachelor and Master of Science degrees in Personnel Management from Central Michigan University. She has also completed Duke University’s Advanced Management Program as well as the University of Michigan’s Advanced Human Resources Executive Program. She is certified by the Coach Academy International and in the Birkman and the Hay Group Emotional Intelligence Assessment. Throughout her career, Kathy has received numerous awards and recognition for her professional achievements. She was featured in Human Resources World’s “Top 50 HR Executives in the World” (2000); Automotive News’ “100 Leading Women in North America’s Auto Industry” (2000); Crain’s Detroit Business’ “Top 100 Women in Michigan” (1997) and “100 Most Influential Women” (2007); and American Society of Employers Michigan Human Resources Executive of the Year (2011). 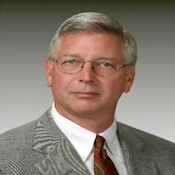 John Arnold, Ph.D.President
Dr. Arnold is President of the Center for Physician Leadership Excellence (CPLE). In addition to John’s role with CPLE, he serves as President of Polaris Assessment Systems, a company focused on the development of high-quality selection and assessment systems for a range of industry groups. Prior to this, Dr. Arnold served as the President of Polaris Educational Systems and the Senior Vice President in charge of U.S. consulting services for Aon’s Human Resources Consulting Group. Dr. Arnold was also a member of the faculty in the Department of Psychology at Wayne State University where he directed the Applied Psychology and Organizational Research Group.

John has published and presented a number of professional papers, including publication in the Journal of Applied Psychology and presentations at the national conventions of the American Psychological Association and the Society for Industrial and Organizational Psychology.

Marcus W. Dickson, Ph.D.Executive Vice President
Marcus W. Dickson is Executive Vice President of the Center for Physician Leader Excellence (CPLE). In addition to his work with CPLE, he serves as director of doctoral and master’s degree training in Industrial/Organizational (I/O) Psychology at Wayne State University, and as a full professor of Psychology. He has been active as a consultant focusing on personnel selection and assessment for over 20 years. As a scholar and researcher, Marcus has focused on issues of leadership in organizations, including leadership across cultures. He has published over 75 articles and book chapters, and his work has been cited by other scholars over 14,000 times.

Marcus earned his BA from West Virginia Wesleyan College, and his MA and Ph.D. in I/O Psychology from the University of Maryland. He is an elected member of the Executive Board of the Society for Industrial-Organizational Psychology (SIOP), in which he also holds the status of Fellow. He has been recognized for excellence as a faculty member numerous times, by SIOP, Wayne State University, and the State of Michigan, among others.

Marcus has worked with a wide range of organizations in his consulting practice, partnering with a number of consulting firms as well as through Wayne State. Clients include Ford, Blue Cross Blue Shield of Michigan, the Federal Bureau of Investigation, the Personnel Board of Jefferson County, AL, the City of Detroit, and the City of Birmingham, AL, among others. 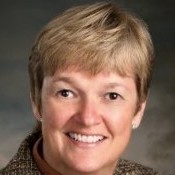 Wendy Soubel, Ph.D.EVP & Chief Quality Officer
Dr. Wendy Soubel is the EVP & Chief Quality Officer for the Center for Physician Leadership Excellence (CPLE). She has over 25 years business experience including 12 years as a Human Resources executive with General Motors. She has been an advisor and coach to physicians, officers and executives in a wide range of functions, including patient care, sales and marketing, design, product planning, program management, engineering, manufacturing and finance. She is skilled in the administration and interpretation of various assessment tools and is certified in the use of the Hogan inventories and has a powerful ability to share results in a way that captures leaders’ attention, leading to action plans and real change. Wendy is currently an instructor in the M.A. in Industrial Organizational Psychology program at Wayne State University.

Dr. Soubel has worked with leaders to develop solutions on a broad range of issues such as organization and team effectiveness, leadership development, employee engagement and compensation. Wendy has helped lead mergers and the restructuring of business units. Through partnering with executives, she has successfully identified and developed talent for positions key to the achievement of business objectives.

Wendy has experience in automotive, healthcare, insurance, higher education, apparel, packaging, engineering & construction and public sector. She has worked with and coached both individuals and teams in nearly all functional disciplines. Wendy’s adaptable style is effective in working with corporate officers, executives, middle managers and entry-level employees in both staff and field environments. She has a passion for working with leaders to strengthen their leadership skills, enhance their organizational agility and improve job performance. In addition to top management, Wendy is particularly skilled at working with individuals as they make important transitions into their first leadership assignment, move from a tactical to a strategic role, or complete re-entry after an overseas assignment.

Wendy has served as an external and internal consultant and led comprehensive consulting initiatives. She has held executive-level positions and been responsible for the performance of teams of professionals and administrative staff in the public and private sectors. Wendy is an experienced coach and has led countless coaching engagements. She has designed and led numerous company-sponsored leadership, employee development and process improvement workshops.

Wendy has conducted and published research on topics including selection, performance ratings and well-being in retirement. She served as an adjunct professor of business and psychology at several Detroit area colleges and universities. 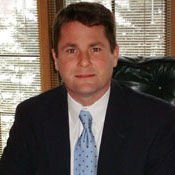 Paul HulseyEVP & Chief Marketing Officer
Paul Hulsey is the EVP & Chief Marketing Officer for the Center for Physician Leadership Excellence (CPLE). In addition to Paul’s role with CPLE, he serves as the Chief Executive Officer and Vice President of Sales and Marketing of H2O Energy, a renewal energy organization. Paul’s career spans over 25 years of experience in sales and marketing. Paul began his career in 1993 at Chrysler Corporation working in the sales and marketing division. During that time he held multiple field positions consulting with Chrysler Corporation dealers in the areas of inventory management, process optimization (QS9000), sales and marketing strategy, and dealer profitability.

In 2007, Paul joined Innovative Media in Madison Heights, Michigan, a tier 1 supplier to the automotive industry supplying graphic branding to Chrysler and Penske Automotive Group. Paul worked as the brand manager for the Great Lakes Region and Canada. At Innovative Media, Paul learned the importance of brand management and how it can build an emotional connection between the customer and the products or services they purchase.

Paul joined Pure Eco Environmental Solutions in 2008 as CEO and VP of Sales and Marketing, and has a goal of making Pure Eco the “go to” green solutions company in the Midwest, promoting innovative products and superior service.

Paul has a BBA in marketing from Western Michigan University and an MBA in International Business from the University of Phoenix.